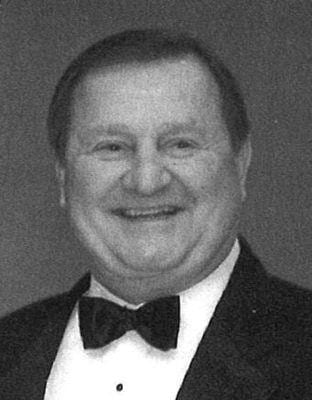 The Tragedy of Unrealized Potential

In 2015 a friend of mine invited me to take a road trip up to Wall, NJ to meet a friend of his named Bill Butcher. We drove up to a mansion in an exclusive neighborhood near the beach. We parked in the circular driveway, went behind the house, my friend entered digits into the security system, and we entered a basement office in which my perception of people was permanently and significantly changed.

Bill Butcher was a visionary. I say “was” because he died of a heart attack March 31. This is why I title my post “Tragedy of unrealized potential.” Because he died without his extraordinary organization diagnosis model becoming known outside of his own circle of pharmaceutical industries clients.

His model is called Prismatics and it encompasses a series of assessment and diagnostic tools that were influenced by Meyers-Briggs, DISC, materials from The Executive Institute, research on neural linguistic programming, and on the writings of numerous management experts. It was also built from his experience in medical school and running a major chemical company. He refined his ideas through his consulting with the pharmaceutical industry and what started as one employee assessment tool gradually because a body of work that spanned individual performance, team effectiveness, organization development, and predictive tools for leaders to use in their decision-making.

At the foundation of his collection of assessment tools was an employee assessment that was an easy-to-apply version of Meyers-Briggs. You took a series of questionnaires and were sorted into one of four system categories — Visual, Auditory, Intuitive, and Feeling. While this theory of learning has been debunked to a certain extent in the educational sector, Bill’s model was completely unique in its application in the workplace. He posited that by observing certain traits and habits in a person you could know their values systems and communication styles. It was your job then to adapt yourself to their style to be maximally effective. Unlike Meyers-Briggs, this observation could take place in seconds and you can quickly know how to approach a person such as a prospective client – the words you use, where you stand, etc.

I was hooked on that day in 2015. I hung on every word and when he brushed aside my question about what research it was based on, or what studies had been performed on his models, it gave me pause but was not a deal-breaker. He was using these models with medical doctors and PhDs, so if they were on board, so was I.

He included me in his training and consulting work with Sanofi, Otsuka, Bristol-Myers Squibb, and other major pharmaceutical companies. I had the opportunity to develop new products with him for application in the military market. His brain was a creative, insightful machine. He pumped out new ideas and concepts like no one I’d met before.

I tried to get him to write about his models, event working with him on a manuscript and finding a publisher that was interested in his book, but publishing wasn’t his priority – working with people was. So his ideas never got into the public domain and were never scientifically assessed. But they worked in the real world. His clients used them very effectively, and so did I.

He was generous but not gentle so I put some distance in our relationship after a few years. I’d call him every few months to check in. He was in his 70s and diabetic so it frequently crossed my mind that his incredible ideas and approach were going to die with him. And that may happen. Unless some enterprising organization development student figures out how to validate them.